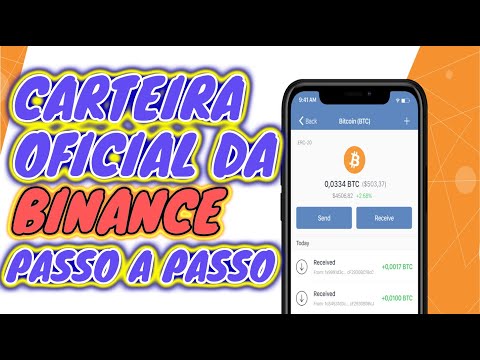 When a thing is denied, something new starts at a higher level.
The update and iteration of the currency circle takes only a few days.
On August 13, Yam, the token of a popular DeFi project, plummeted by 98%, while YFI, another DeFi cryptocurrency, outran the digital currency Bitcoin Gold by value under capital operation.
According to their familiarity with DeFi, blockchain investors in 2020 can be divided into two categories. The "New" investors are active in DEXs such as UniSwap and Balancer, striving for hundredfold returns on investment amid fake projects, while the "old" investors stick to mainstream cryptocurrencies and advocate value investment in the three major CEXs.
Despite its long history, DEX did not prosper until recently. It has processed transactions of over US$520 million in the past 24 hours, and the trading volume for the past week has exceeded the figure across 2019.
But still, many people are stranger to DEX.
I. Will DEX shuffle the existing trading market?
Upon discovering something new, you can describe it, but never evaluate it superficially.
UniSwap occupies 55% of the entire DEX market. Celebrities in the circle enjoy discussing the changes brought by UniSwap on social media and how it will change the existing trading landscape.
On August 5, Jay, CEO of OKEX Exchange, publicly stated that "UniSwap can hardly replace the current mainstream exchanges." on Weibo.
He also listed two reasons:
He also recognized UniSwap’s AMM model in the post.
Soon this post was criticized by Dovy, the founding partner of Primitive Ventures, to the effect that Jay had quite limited knowledge about DeFi and the reasons he proposed did not hold good.
She also mentioned the advantages of a new generation of DEX represented by UniSwap:
Traditional exchanges determine the price and market value according to a small number of chips in the market. By comparison, AMM relies on the entire LP pool to contribute liquidity, and a small number of chips will not lead to severe fluctuations in the price. The price follows the curve of the static liquidity pool within a time range, rather than the manually controlled order book.
2. Is UniSwap good enough to replace centralized exchanges?
Neither OK or Binance had expected that one day their arch rival was not each other, but the newly emerging decentralized exchanges.
With totally different operating methods and business models, DEX and CEX have their own merits.
CEX comes with evident problems. Ordinary users do not trust its security due to the rampant data cheating. For project developers, CEX requires high fees for token listing and maintenance.
The advantage of CEX lies in its low threshold and mature business model.
Just as Jay said, DEXs represented by UniSwap are still faced with great challenges posed by user habits. For example, UniSwap does not support limit orders or the candlestick chart, and users need to rely on a third-party Ethereum wallet for operation.
The innovative AMM model allows ordinary users and small market makers to get involved and earn market-making fees, reducing costs and improving liquidity.
According to the trading volume at this time, UniSwap may not be able to replace mainstream exchanges, but it is good enough to replace second and third-tier exchanges.
3. Is OneSwap an upgraded version or a copy of UniSwap?
"The success of UniSwap proves the necessity of the DEX that does not require permission and supports AMM in the market. However, UniSwap comes with two shortcomings. One is the lack of support for limit orders, which greatly restricts trading methods and liquidity; The other is the excessive transaction cost and poor transaction efficiency due to the limited processing capacity of Ethereum." - Yang Haipo
Recently, OneSwap, known as the upgraded version of UniSwap, announced that it will hit the market in early September, and has received an investment of US$10 million from CoinEX.
To develop an open-source centralized trading platform like OneSwap, it is easy to replicate the technique. But among so many Swap applications in the market, what advantages does OneSwap have over UniSwap?
1. Limit orders
Neither buyers or sellers of UniSwap can set prices independently; instead, they need to follow the prices set by other exchanges. If they want to buy tokens at a specific price, they have no choice but to wait till tokens at such a price appear in UniSwap, a waste of time.
Continuing the good practices of centralized exchanges, OneSwap supports the traditional order book based on rapid exchange, offering more flexible trading methods and further enhancing the liquidity of digital assets.
2. The candlestick chart and depth map
Without an order book, UniSwap has been criticized for its simple transaction interface which does not even contain the basic candlestick chart. As a result, it cannot satisfy numerous traders’ demand for data analysis.
To benchmark against the centralized exchange in terms of user experience, OneSwap has introduced functions such as the candlestick chart, order ticket, and depth map. Just like centralized exchanges with professional charts, OneSwap provided the price trend, trading volume, depth, and other information of different cryptocurrencies for users to set out informed trading plans.
3. Liquidity mining + transaction mining
UniSwap’s AMM model is believed to be a vital catalyst for its explosive growth. With an additional incentive mechanism of transaction mining besides liquidity mining, OneSwap leaves more core benefits to its users.
OneSwap will charge the Taker a fixed percentage of transaction fees based on the transaction amount, while the Maker does not need to pay. The transaction fees are divided into two parts: 60% for liquidity and 40% for the repurchase and burning of ONES. In transaction mining, both liquidity providers and traders will receive ONES as an economic incentive.
The market is looking forward to a new product that is as user-friendly as CEX and as safe as DEX. Is OneSwap qualified to meet such demands?

In einem seltenen Interview sagt das in London ansässige Versicherungsunternehmen Arch, ein beträchtlicher, aber in Grenzen zu haltender Verlust würde zeigen, wie gut seine Kryptospeicherrichtlinie in Höhe von 150 Mio. USD reagieren würde. Zu diesem Zeitpunkt wurden nur eine Handvoll Cold-Storage-Kryptorichtlinien geschrieben. vermögende Privatpersonen sind der Haupttreiber für das ... Liste von Kryptobörsen. Im Folgenden eine Liste und Vergleich von Kryptobörsen. Es werden nur Börsen beachtet, wo du auch den tatsächlichen Coin kaufen kannst und keine Zertifikate.Suche einfach nach dem Ticker-Symbol (z.B. Ethereum=ETH oder Bitcoin=BTC). Bitpanda Bitcoin.de Binance Jersey Coinbase Coinmama Kraken Binance com Deutschsprachige Kryptobörsen Um den bestmöglichen Service zu bieten, werden auf unserer Webseite Cookies gesetzt. Wir verarbeiten dabei zur Webseitenanalyse und -optimierung, zu Online-Marketingzwecken, zu statistischen Zwecken und aus IT-Sicherheitsgründen automatisch Daten, die auch deine IP-Adresse enthalten können. Electrum Bitcoin Wallet. Published: December 11, 2019 This Android app was first launched on 2nd March 2016 and currently has more than 100000 downloads, a 3.2 stars rating from 1803 users and the latest release is version 4.0.2.0. Big crypto exchanges like Binance, Huobi and OKEx are rushing out DeFi platforms to cash in on the fast-growing industry and stanch user defections. Bitcoin Archive. Free Crypto Airdrops. Primary Menu . AIRDROPS. RECEIVED/ENDED; ARCHIVES; ICO LIST; EXCHANGES; MINE/WIN; BLOG. T-Shirts; Search for: ⏺AIRDROP Average Deribit N/A . 1 year ago . JOIN THE AIRDROP . STEPS: 1) Sign-Up to Binance exchange to use below link : Binance Sign-up link. if you don’t have an account yet, you will need to be a registered user on the exchange in order to ... ARK Wallet Security. ARK Wallet uses advanced security solutions, which make it 100% secure and anonymous. ARK uses the Ledger Hardware Wallet solution that allows you to save our private keys, so only you can have access to your assets. All the data remain safe in a certified chip. Atomic Wallet assures the highest-level security of your data ... Samourai is a relatively new Bitcoin wallet in the field of app wallets. Samourai emphasizes privacy, and it is the first wallet to implement BIP47, which is an extension of BIP32 and allows users to stay anonymous. At the time of writing, the wallet is still under development and is available in an alpha version for Android users only – an IOS version is already on the way. Lumi Wallet is a ... A Bitcoin wallet is as simple as a single pairing of a Bitcoin address with its corresponding Bitcoin private key. Such a wallet has been generated for you in your web browser and is displayed above. To safeguard this wallet you must print or otherwise record the Bitcoin address and private key. It is important to make a backup copy of the private key and store it in a safe location. ARK Mobile Wallet Manage ARK and other coins from your mobile device. ARK Explorer View transactions, wallet addresses, and network activity. Platform SDK Interface with 10+ Blockchains using our multi-asset SDK. Deployer.io The Simplest Way to Deploy a Blockchain. MarketSquare.io The New Homepage for the Decentralized Web. Nodem Easily manage your Blockchain Nodes in one place. Protokol ...